MGV L80 II – the next Generation 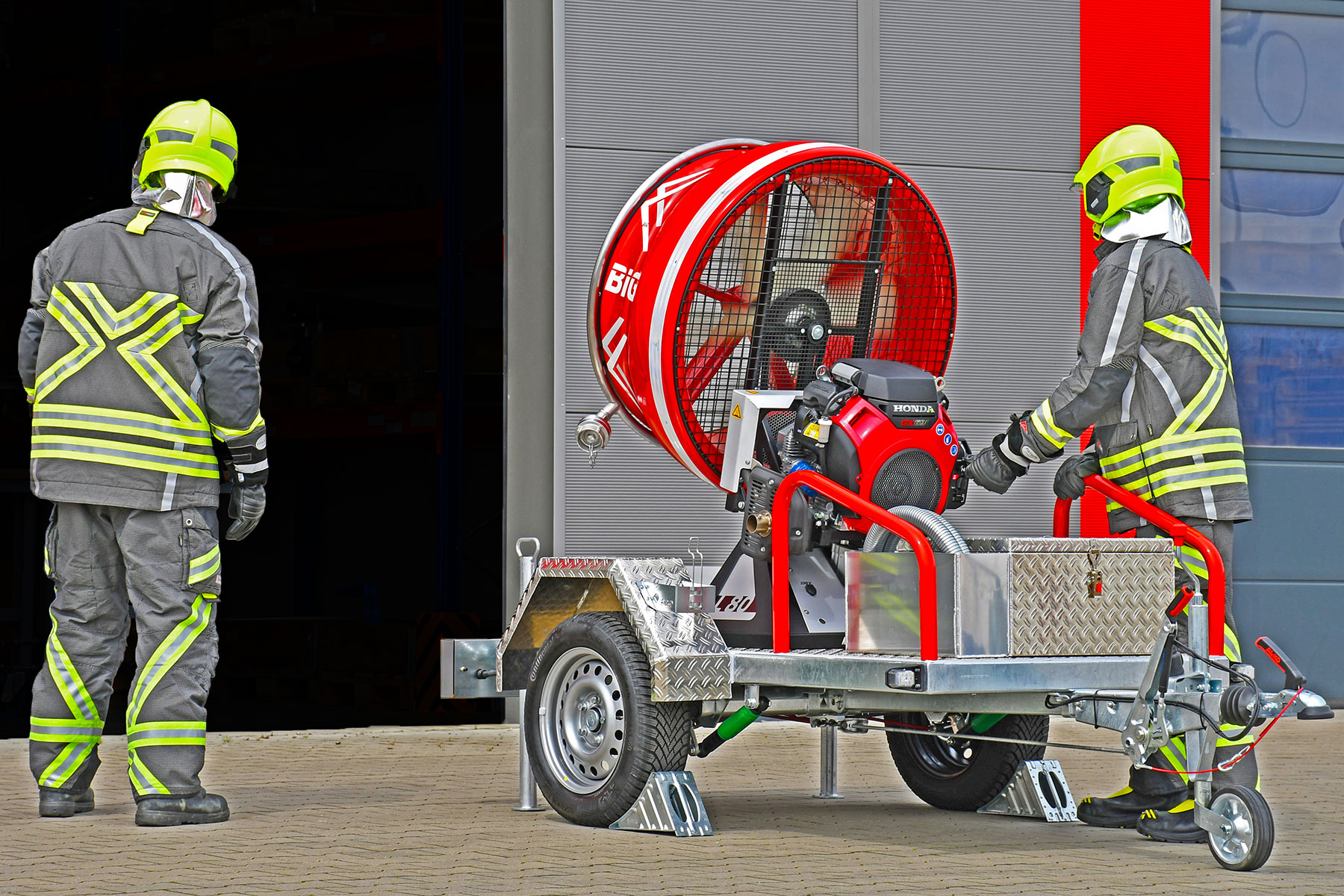 Brand New from the ground up: The smallest mobile grand ventilator MGV L80 has been completely re-engineered. Optimised aerodynamics, in combination with the proven belt drive, results in an improved air intake to the impeller and thus improved performance compared to the previous model. The new MGV L80 II has a very large tilt range of +/- 20°, which was previously not available on large ventilators in this class. In the course of the revision, the design has also been adapted: like its big brothers – MGV L105 and MGV L125 – the MGV L80 II now shines in a modern, new design.

In the MGV L80 II SPEED version, the mobile grand ventialtor with its standard electric tilting device is mounted on an extremely compact and manoeuvrable single-axle trailer. A rotation device is available as an option. In addition, the spiral tube system can be loaded on the trailer with the patented suction adapter. The suction adapter enables the largest possible cover on the rear protective grille of the powerful grand ventilator and thus a very effective extraction of smoke and gases even over long distances. Handles on both sides of the trailer allow ergonomic handling. Of course, the new MGV L80 II is available in the CITY version on a handy and flexible pushcard. For the ventilation of sensitive areas (e.g. hospitals or food industry), the MGV L80 II E is the only mobile grand ventilator which is available as serial standard with two different electric drives (11kW and 16kW). This makes it possible to ventilate even large-volume buildings without introducing exhaust gases from combustion engines into the building.