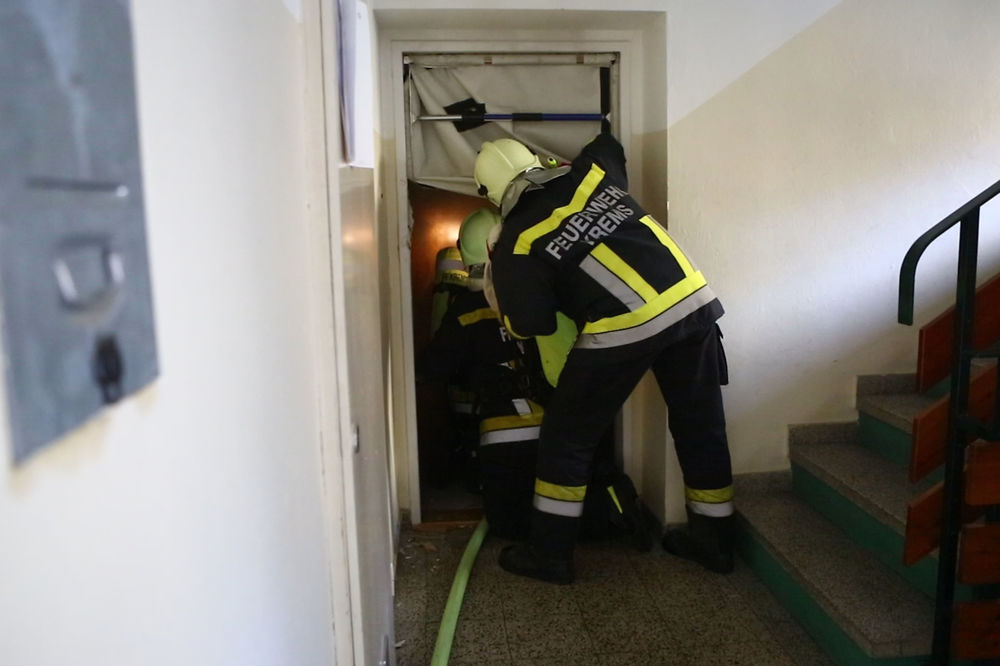 A massive apartment fire in a ground floor apartment of a residential complex occupied the Krems fire department on February 8, 2016 around noon. From the first arriving fire engine, nozzle was prepared to the entrance door of the apartment, the portable smoke blocker was installed to protect the stairwell from smoke spreading

Parallel to it over the internal yard a further fire-fighting line was taken up and flames, which struck from already broken windows, were knocked down. Further task forces checked the basement and the upper floors for possible effects of heat or smoke.

Report, pictures and videos of the operation