Major fire in basement of an industrial building 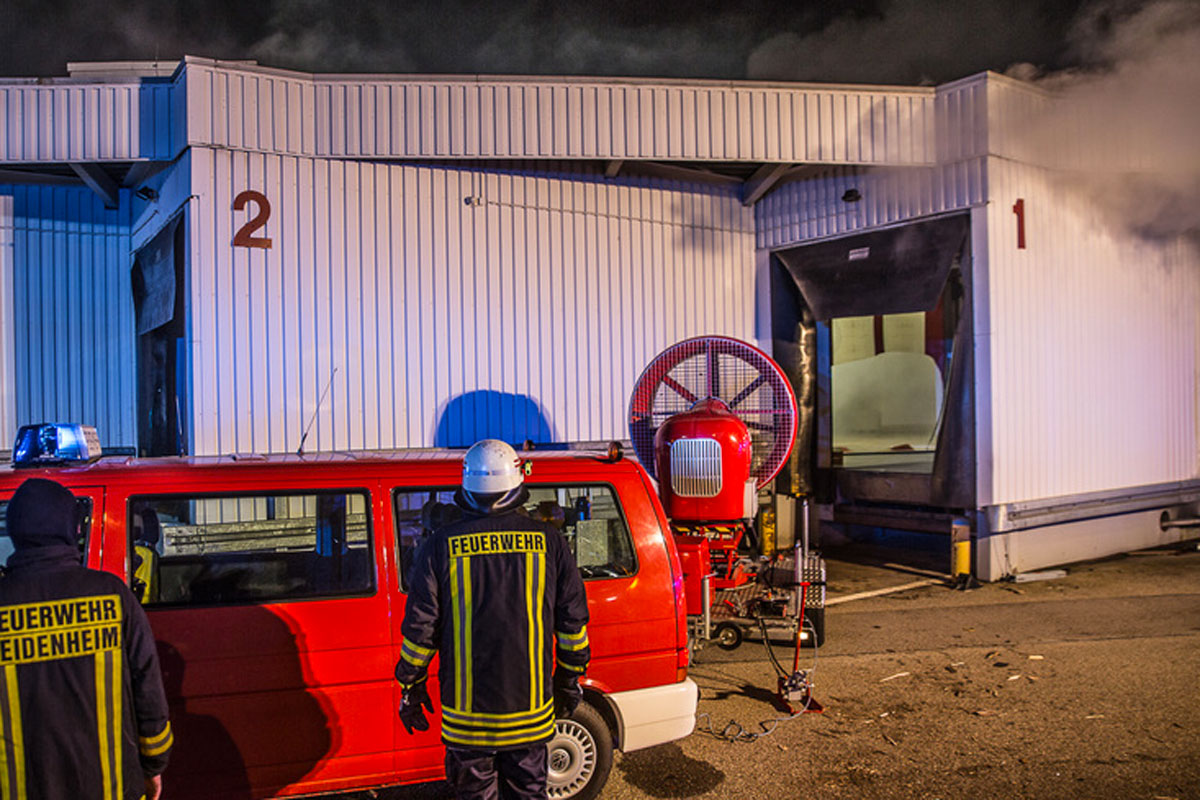 Major fire in a basement of a large industrial building in Heidenheim. The fire is located in the middle of a 2,000 square meter basement room. Only the use of a Mobile Grand Ventilator makes an effective interior attack possible.

In the affected cellar prevailed, according to the fire department, temperatures of up to 800 degrees Celsius. Another major problem was the completely smoke-filled structure with zero visibility. Stored goods and pallets blocked the way. This made it impossible for the first attacker crews to locate the actual source of the fire. Therefore, the mobile grand ventilator of a local factory fire brigade was requested. With the MGV L125, the heat and fumes were driven out of the building, the visibility improved rapidly even to the source of the fire. This enabled a more effective interior attack and firefighting with portable monitors.

After the cellar was in danger to collapse due to the thermal stress, the forces were removed from the inside and the whole basement was flooded with the foam generator FlexiFoam.